Wet and gloomy sums it up

Photo: Large puddles appeared on the path to Coopersale, Dec 2020


Wet and gloomy sums it up!

December was most notable for being the latest in several very wet months of 2020, as anyone who has braved the muddy and often flooded paths in the surrounding forest can attest. At a total of 109.6mm, that was 86% above the long term average for December, and was the third wettest December in our 36 years of records. 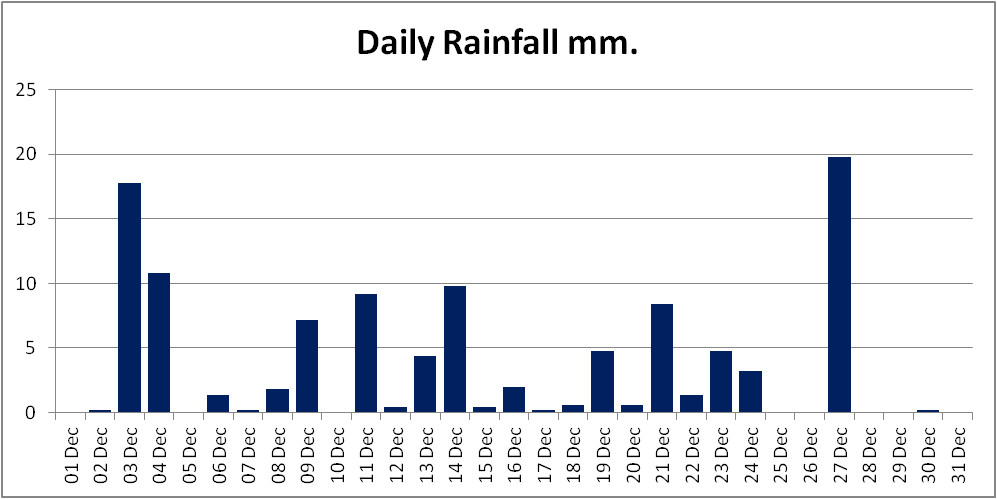 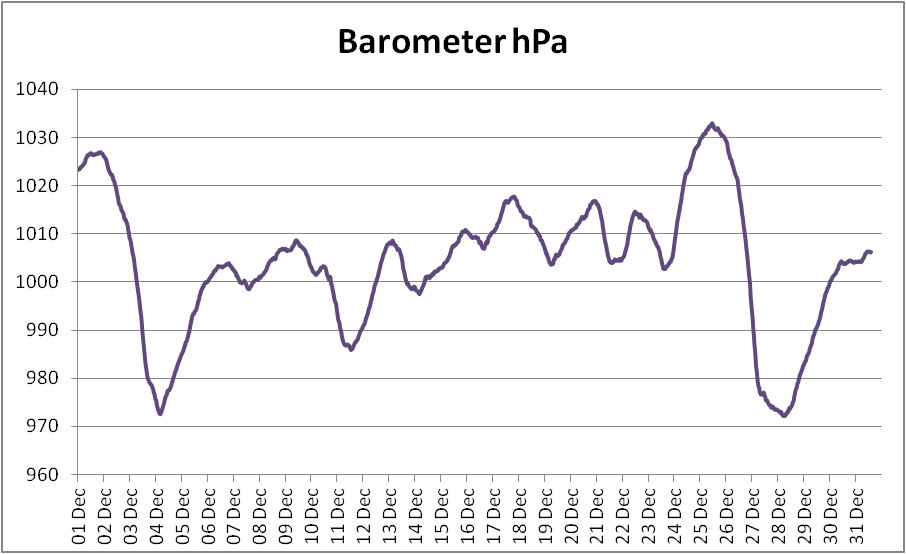 A series of depressions crossed the British Isles during the month, but the two deepest were on 3rd-4th, with a lowest pressure of 972.3hPa, delivering 28.6mm rain, and then Storm Bella on 27th-28th, down to 972.3hPa and dropping 19.3mm of rain. Storm Bella also brought our most significant winds, with a gust on 27th of 44mph (Gale Force 8), which brought down a few trees locally, including one across the path in Swaines Green.

Curiously, although north was the most common single compass point for winds over the month as a whole (based on half hour intervals throughout the month), there were very few instances of winds from other directions in the sector from NNW through to ESE, so the the southerly quadrant still delivered more of our winds. 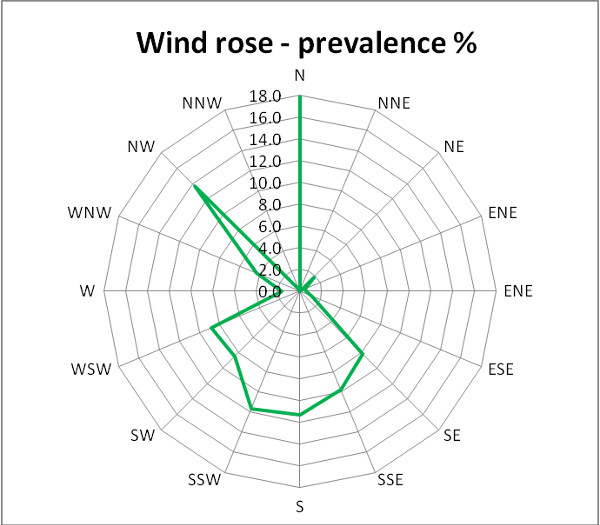 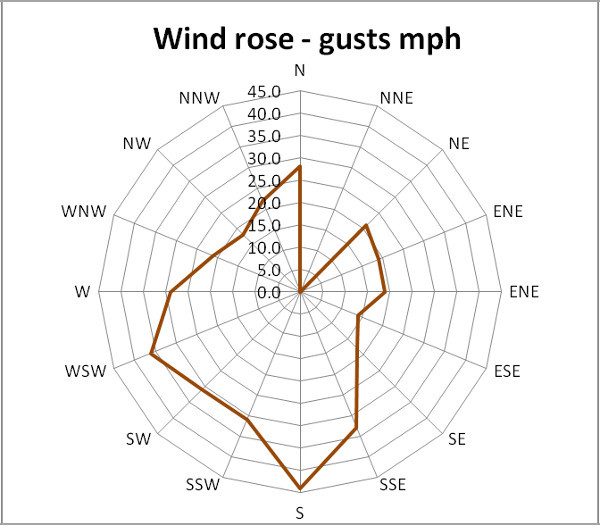 Temperatures were on average slightly above the long term average, with a warmest day of 13.0°C and a coldest night of -2.3°C. There were a couple of cold spells: a short one included a few small flakes of snow around 09:15 on Christmas morning – that might be enough for the bookies to declare a white Christmas, but it doesn’t make it white in my view! Then the last few days of the month were noticeably chilly, with a run of four consecutive frosty nights, making eight nights of frost altogether through the month. Indeed, New Year’s Eve came near to being an Ice Day, as the maximum only just struggled to 0.1°C. 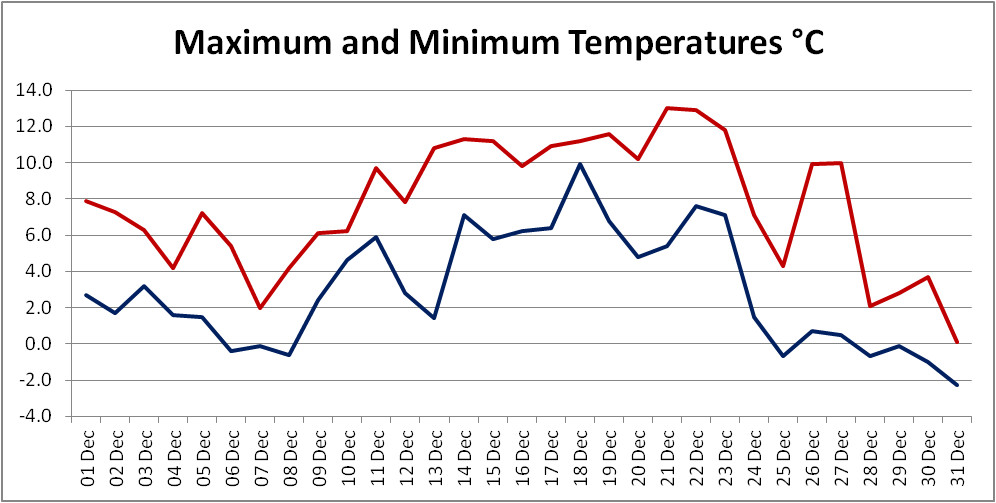 Unsurprisingly, with all the damp weather, sunshine was at a premium. As the month with the shortest daylight hours (7 hours 49 minutes at the Solstice, less than half that of midsummer), it is often a dark and gloomy month, and this year the sun shone on just 15 days, with the monthly total of 30.5 hours of sunshine telling the story.

This website uses cookies to improve your experience while you navigate through the website. Out of these cookies, the cookies that are categorized as necessary are stored on your browser as they are essential for the working of basic functionalities of the website. We also use third-party cookies that help us analyze and understand how you use this website. These cookies will be stored in your browser only with your consent. You also have the option to opt-out of these cookies. But opting out of some of these cookies may have an effect on your browsing experience.
Necessary Always Enabled
Necessary cookies are absolutely essential for the website to function properly. This category only includes cookies that ensures basic functionalities and security features of the website. These cookies do not store any personal information.
Non-necessary
Any cookies that may not be particularly necessary for the website to function and is used specifically to collect user personal data via analytics, ads, other embedded contents are termed as non-necessary cookies. It is mandatory to procure user consent prior to running these cookies on your website.
SAVE & ACCEPT